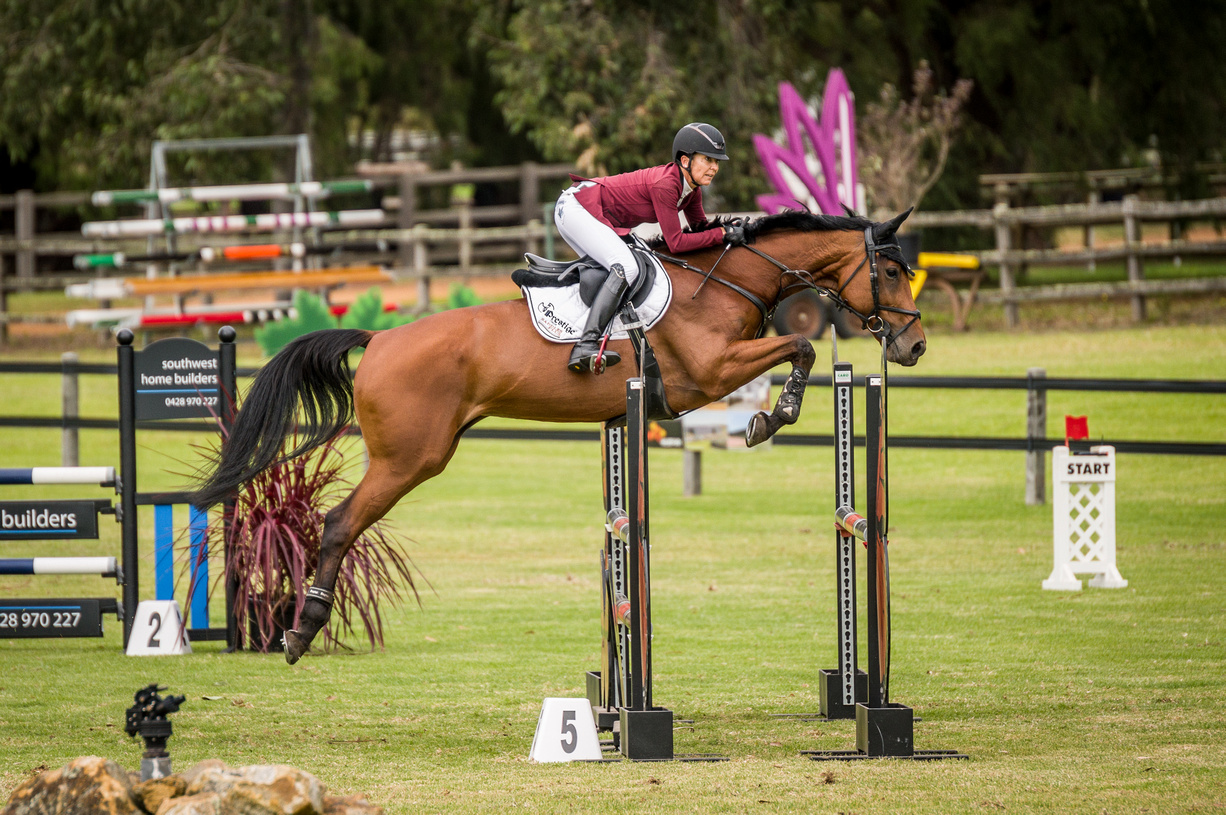 Donovan Showjumping is a family based business in Oakford WA. Chadd, Rebecca, Angus and Ailish are all active EWA competitors participating in various levels of showjumping both locally and on a national level.

Chadd has been competing all his life and has produced many horses over the years, right through to World Cup level. His main horse, Chicago, has recently returned from competing in Europe and Chadd will now aim him for the Australian Championships in November 2018.

Rebecca has also produced some lovely horses over the years but currently has two of her best. Carpina is a 6 yo mare by Yalambi’s Carpino and is currently jumping 1.15m to 1.25m. Carpina has won numerous classes including the Country Novice Championship and will look to move into the Silver series next year. Rebecca bred her second horse which is by Chicago out of a Balou du Rouet mare. We are really looking forward to seeing this exciting young mare in the competition arena in 2018.

Ailish had a brilliant year on her amazing little pony Yartarla Park Paparazzi. She won various Pony jumper classes as well as Open 90cm classes against many of the big horses. Sadly though, Ailish has grown out of Paparazzi and he has recently been sold. But on a brighter note, she has managed to find a lease pony that is a very good jumper and just that little bit bigger which will be a great stepping stone for Ailish before she moves onto the bigger horses.

Angus had a stellar 2017. After such an amazing year in 2016 where he won the Camden Youth Festival Gold Championship in Sydney as well as a hugely successful National Interschool Championships, we really didn’t think that 2017 could match that. But it did and more. He won the EWA State Junior Championship, WASJA Under 21 Championship, Swan River Junior Championship, Yalambi Open Speed Championship (1.20m) and third in the FEI Youth Olympic Qualifier. He also won and placed in many other classes throughout the year. 2018 will be Angus’s last year on the amazing Noblewood Park Conchetta before she is handed over to Ailsih. Angus’s main goal is the Australian Junior Championship in November next year.

On feeding, Chadd says, ‘All of the Donovan Showjumping horses are on Pegasus feeds.  We find this is the most economical, complete nutrition for our range of horses – there’s a feed to suit each of them, from the pony to the World Cup horses.  The feeds are simple and super easy to feed, taking the guess work out of feeding, and meaning that any of us can feed up without mixing multiple ingredients. Our horses always look fantastic, and perform to their best – the result speak for themselves.’